Last month, I was invited to “attend” the BFI/HarperCollins Love Fest, which you can read more about here. (The speech marks are because I’m old enough to find the concept of attending a virtual event a bit weird, though I did enjoy it.)

The festival ran over a whole weekend, and there were various discussions and events taking place on Twitter throughout, and a lot of excellent advice for aspiring authors and scriptwriters, which you can access from the link above.

I didn’t manage to join in with everything, because I was still busy working on the line edit for my next novel, but I did read a lot of the advice, along with all the author Q&As, which were fascinating.

During those, writers were asked various questions about their favourite romantic films and novels, and the diversity of their responses was fascinating, though a lot of the usual suspects did crop up time and again, as you’d expect.

I chose what I thought was a list of quite unusual titles to recommend, but there’s no such thing as originality, as I discovered when Mhairi McFarlane and I both got stumped by “What’s your favourite male lead in a romantic film?”, and chose the male lead of the same TV series instead. (Miles in the sublime, “This Life”, in case you’re wondering.)

If you’d like to know more about the novels and films I chose, there’s a transcript of my Q&A below: 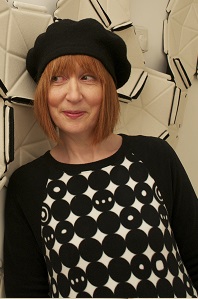 Tell us about yourself

Raging insomniac, chronic procrastinator, obsessive reader. In other news, I’m married with two children, and a large extended family, none of whom think I’m half as funny as I think I am.

Tell us about your latest book

I’m still working on it at the moment, but it’s called WOULD LIKE TO MEET and is due to be published in June next year. It’s the story of a couple who separate after many years, and what happens when the woman discovers her ex is using an internet dating site.

When did you start writing?

I first started in reception class, when I used my handwriting practice book to document whatever had happened at home the day before. (No embarrassing detail was spared, though the spelling sometimes succeeded in inadvertently protecting the privacy of family members.)

I then began to keep a diary when I was eight – and still do – but I didn’t really start writing seriously until I took a degree in Creative Writing ten years ago, after which I began a blog called Mid-Wife Crisis, which I wrote as the main character, Molly Bennett. Molly then went on to feature in my first novel, DIARY OF AN UNSMUG MARRIED, which was based upon the blog.

Which romantic book do you wish you’d written and why?

The Rosie Project, because nothing’s made me laugh so much for years. The portrayal of Don Tillman is a work of genius.

Which romantic film do you wish you’d written & why?

It’s Complicated, because then I could change the ending to make Meryl Streep’s character choose the man she should have chosen. (The one she had the most fun with.)

Can’t decide but in a TV series, it’s probably Bruce Willis in Moonlighting or Miles in This Life.

When did you last kiss in a cinema?

Years ago, but that’s because we prefer to slob out at home and watch films on the sofa via Netflix. The last time I remember going to the cinema (to see Al Pacino in Insomnia), a stranger sat down next to me and promptly fell asleep. He snored the whole way through the film.

That’s impossible to answer, so I’m going to cheat and give you a selection:

Favourite romantic line from a film?

It’s a line the Prime Minister says in Love, Actually: “When the planes hit the Twin Towers, as far as I know, none of the phone calls from the people on board were messages of hate or revenge – they were all messages of love.”

Which actress (actor) would play you in a romantic film about your life?

In reality, it would need to be a short, ageing person with red hair and a tendency to say what she’s thinking out loud – but who wants realism? I’d far rather be played by someone younger and far more gorgeous than me, especially if she’s also funny, but I know I’ll look like an egomaniac if I actually pick someone like that. Instead, I’ll just mention in passing that Jennifer Aniston did a very good job of being funny and gorgeous as Rachel in Friends. Red hair might suit her, and make-up artists are used to ageing people.

What or who is the greatest love of your life?

My husband and my two children.

Do you believe in love at first sight?

Only when seeing your children for the first time, which probably ensures the survival of the species, given that most babies look like Winston Churchill, and have very little to say for themselves.

I do believe in lust at first sight, though it didn’t apply to me and my husband. We first met at a party, where I decided he was a jerk, and he decided I was the rudest person he’d ever met. (He’s just ordered me to admit that I told him to go away because he was boring me.)

Three years later, we met again and were married six weeks afterwards, and that was twenty-eight years ago. So I suppose I believe in dislike at first sight.

3 romantic books EVERYONE should read:

3 romantic films EVERYONE should watch:

Are you on social media?

Yes, though I’d get a lot more writing done if I wasn’t.

I recently delivered the first draft of my second novel to my editor at HarperCollins, and – although the book won’t be published until 2016 – I won’t be lying around relaxing and ordering my husband to peel me grapes for the rest of this year. (He’d refuse to do it, anyway, but that doesn’t stop me fantasising.)

In reality, and instead of lounging about and peeling my own grapes, I’ll still be working on the book for most of 2015. That’s because delivery of a manuscript to your publisher is only the beginning of the process, and not the end.

Over the next few months, I’ll be editing the manuscript, and I’ll also be blogging about what happens to the book as it journeys from first draft to eventual publication. You’ll be able to read about what that involves in my blog on this website, along with a description of the nervous breakdown I’m bound to be having by then.

If you’d also like to read my original Mid-Wife Crisis blog, (the one on which my novel, “Diary of an Unsmug Married” was based), you can access that by clicking here.